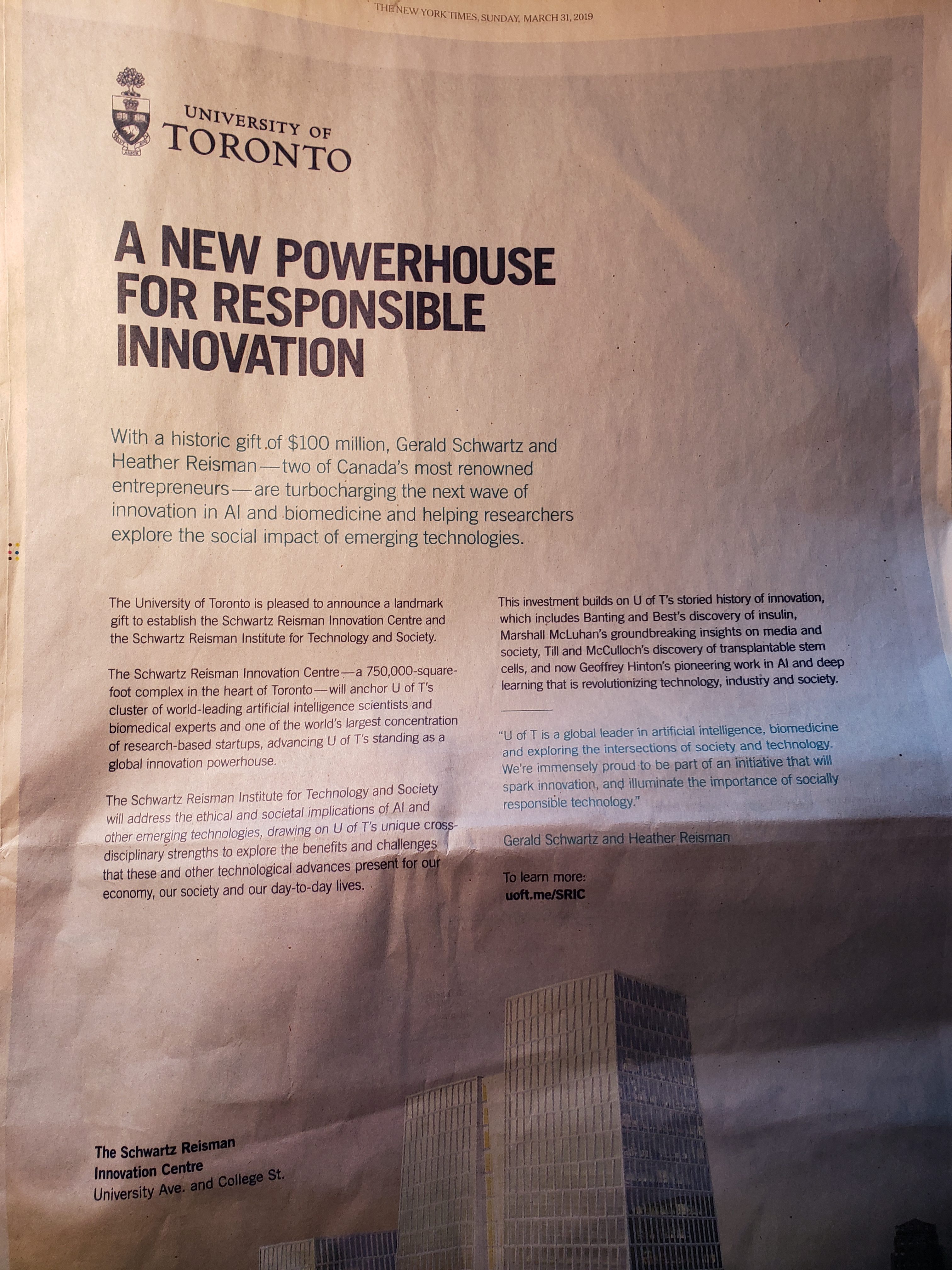 The Canadian School of media theory, with Harold A. Innis and Marshall McLuhan as its founding figures, was something of a centre of the field during the Cold War era. Given its contexts and its ambitions of analysing contemporary issues of the 1940s and 50s, it is curious how prominently the school’s representatives were concerned with matters of Greek antiquity. Key to the Canadian project was the distinction between orality and literacy as markers of deep epochs of human history. The Cold War gained specific importance as a political surface phenomenon that responded to another epochal rupture, the mid-twentieth century shift toward electronic media technologies. The problem of periodisation retained a primary orienting function, and Cold War era North American media theory never appears to have been entirely unmoored from questions about epochs and stages of progress that signalled a debt to earlier philosophies of history.

The prime references for orality were Milman Parry’s study of the Homeric epics and the ethnographic fieldwork he did with rhapsodists in interwar period Yugoslavia; and Eric A. Havelock’s discussion of the supposed literacy threshold between the pre-Socratics and Plato. By belabouring these topics, media theorists inserted themselves into a research tradition that had been a staple of classical philology for more than a century. Especially the deconstruction of Homeric authorship in favour of oral tradition had been a hallmark project of the modernisation of philology around 1800, with Friedrich August Wolf’s 1795 Prolegomena ad Homerum as a symbolic starting point. In 1840 Wolf’s student Gottfried Hermann had already homed in on what Parry would also use, the famed epitheta ornantia, the recurrent adjectives that accompany personal names, in order to support the hypothesis about the originally oral nature of the Homeric epics (Hermann Gottfried. 1840. De iteratis apud Homerum. Leipzig: Staritz. Even in Ontario, New England, and California, then, the development of media theory retained a strange contiguity with core problems of philology that dated from the previous century.

The media theoretical works of Friedrich Kittler, the best-known author among the more recent media theorists in (West) Germany, focused on technology with unprecedented radicalism. In the 1980s, he formulated his programme under the provocative and jocular title “exorcism of the spirit from the humanities” (Austreibung des Geistes aus den Geisteswissenschaften; Kittler, Friedrich A., ed. 1980. Austreibung des Geistes aus den Geisteswissenschaften: Programme des Poststrukturalismus. Paderborn: Schöningh). The Geist here was the idealist phantom of the subject, the individual human mind, endowed with reason and intentionality, accessing the world, and perceiving and shaping it in a circular bind. This bind was the crucial component of what was commonly perceived as the core formulation of the underlying principle of all humanities knowledge, namely hermeneutics. Kittler’s programme was an all-out attack on hermeneutics.

In French poststructuralism, the reception of which was formative for Kittler, this account of the semantics of text came under attack especially by Derrida, who challenged the Heideggerian tradition on its lack of understanding for the way in which meaning was co-constituted by “writing.” By this term Derrida understood everything that contributed to linguistic expression beyond the self-enclosed circuit of mind and oral utterance, which the entire philosophical tradition had supposedly treated as necessary and sufficient for the possibility of linguistic meaning. For him, there was no concept of text available that conformed to the standard of the autonomy of oral communication implied by the master-metaphor of dialogue. The fixation on the spoken word—logos—went along with a deleterious failure to understand the infirmity and flux of meanings, and with an over-estimation of the capacities of human reason—equally, logos. The critique of logocentrism in the form of “grammatology,” as Derrida labelled his programme, was a philosophy of the semantic significance of media, with writing as a cipher for all technical means that “supplemented” the mind and laid open its lack of self-sufficiency and autonomy (e.g. Derrida, Jacques. 1972, “La Pharmacie de Platon.” In La Dissémination, 77–214. Paris: Seuil.) The Canadian opposition of orality and writtenness could not any more supply a foundation for media theory if its two parts cohered in the manner Derrida suggested. The system of media as supplying epochal thresholds, along with its “linear” notion of historical time, broke down.

The basic script of nineteenth-century German philology was not, as Foucault (Foucault, Michel. 1966. Les Mots et les choses. Paris: Gallimard) held, comparative historical linguistics, an approach that increasingly seceded from philology at large and celebrated its sustained successes mostly in the Indo-European field. Rather, it was the antagonism of classicism and orientalism, grafted onto the traditional competition of Athens and Jerusalem. This competition marked the history of European references to antiquity—classical versus biblical—as competing sources of normativity.

Once the travails and triumphs at Troy no longer stood engraved on the stelae of despots who commanded writing—as had been the case in the Near East—they sounded forth, read aloud in mortals’ offerings to Muses and Gods. (Kittler, Friedrich A. 2013. “Homer and Writing.” In The Truth of the Technological World: Essays on the Genealogy of Presence, edited by Hans Ulrich Gumbrecht, Translated by Erik Butler, ch. 19, 259–266. Stanford, CA: Stanford University Press.)

The charge of “despotism,” needless to say, is one of the most widespread derogatory orientalist tropes (in Edward Said’s sense). Its contrasting with the foundational media theoretical site of Homeric song is an ironical gesture on Kittler’s part, but makes use of a possibility built into the trope by courtesy of the nineteenth-century script of philology.